Although there are documentaries on how does a pay per head work and another topic, Australia was rocked with a hard-hitting one about a major gambling firm. Australia’s Channel Nine TV network and two newspapers investigated Crown Casino’s links to organized crime. In fact, they based their stories on leaked documents from within the company.

At present, Australian Crown Casino has casinos in Perth and Melbourne. In addition, it is planning to have one in Sydney. There are no plans to start a sportsbook pay per head operation. 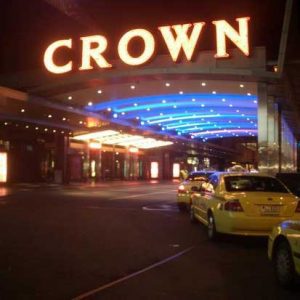 The documentary stated Crown turned a blind eye to money laundering happening within its casinos. In addition, the company exploited loopholes in the immigration processes to get rich Chinese gamblers into the country without going through the proper procedures.

In addition, there are claims that Crown has connections with a brothel that was investigated for human trafficking. An independent Member of Parliament wants an investigation based on the documentary.

Andrew Wilkie told the parliament that the casino firm acted above the law in Victoria. He added that there were three police officers who stated that Crown was like an independent sovereign state in Victoria. The laws of the Commonwealth didn’t apply to them.

Although Wilkie failed to have parliament start an investigation, Attorney-General Christian Porter sent the allegations to the Australian Commission for Law Enforcement Integrity. However, the agency can only look into the behavior of federal law enforcement officials and not the casino firm.

The state of Victoria launched its own investigation on the claims. Some people want AUSTRAC, the country’s anti-money laundering regulator, to look into the cash going through Crown Casino.

However, Crown denied all allegations. In paid newspaper ads, the company said that it wants the deceitful campaign against them to stop. They accused the documentary of trying to damage their reputation. Also, it takes its legal obligations seriously. The best bookie pay per head providers will continue to monitor the developments of this case.