After firing Steve Wojciechowski, Marquette hires Shaka Smart as head coach. However, people think it was not a smart decision because Smart is facing criticism at Texas for failing to win in the NCAA Tournament.

Smart has an overall record of 109-86 in Texas with a 52-56 record in the Big 12. Also, he failed to lead the team to a win during March Madness. The No.3 seed lost to No. 14 Abilene Christian in the first round of the tournament this year.

According to sports news reports, Marquette Director of Athletics, Bill Scholl, said that Smart stood out from the other candidates for the job. He described the coach as a great teacher of basketball. Also, Smart is an excellent molder for young men. 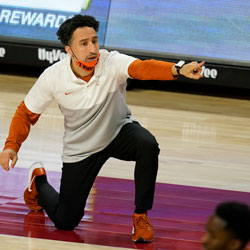 Marquette fired Steve Wojciechowski after seven seasons with the team. He failed to advance the team to the second round of the NCAA Tournament in 2017 and 2019. In 2021, Marquette ended the season with a 13-14 record and went 8-11 in the Big East.

According to 9DollarPerHead.com reports, Smart is grateful to the Marquette community for entrusting the team to him. He is excited to start building relationships with everyone involved in the program.

At present, two Big 12 teams are looking for a head coach. Aside from Texas, Oklahoma is searching for one after Lon Kruger retired last Thursday. The move to Marquette allowed Smart to return to his home state. Also, it freed him from constant scrutiny.

He became Texas’ head coach in 2015 to replace Rick Barnes. He was a rising star at that time after his six years at VCU.

Although Texas won the 2021 Big 12 Tournament, the team struggled in the postseason. It was supposed to be the breakthrough season for the Longhorns. However, they lost to Abilene Christian. Also, Abilene Christian limited them to a season-low of 52 points.