Many people think the Detroit Lions will win more than six games in the upcoming season. According to a pay per head bookie, players are betting the team will exceed over/under of six.

The total number of wagers on the Lions winning more than six games is higher than the money on any other NFL wagers in July. According to football and golf betting sources, Dan Campbell got the most wagers to win Coach of the Year. In addition, D’Andre Swift is the favorite to become the rushing leader.

The Lions ended with a 3-13-1 record last season. Despite that, fans think they can double the number of wins in the upcoming season. Although the team started with a 0-10-1 record, they finished the season with a 3-3 record following the emergence of rookie Amon-Ra St. Brown. 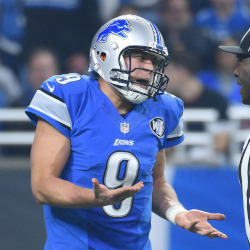 The Lions also improved its lineup during the off-season. They drafted Jameson Williams. Also, they signed wide receiver DJ Chark as a free agent. In addition, TJ Hockenson will have an increased role this year if he stays healthy. In 2021, Hockenson averaged 48.6 yards a game. He made a Pro Bowl appearance the previous year.

Detroit improved its defense by drafting Aidan Hutchinson. Many insiders considered him the top prospect of the draft. Also, it was ideal for the team because it fixes the Lions’ inability to rush the quarterback.

Bettors think the Lions can get a 7-10 record or better in the upcoming season. Thus, the team doesn’t need to be one of the top teams to cover the spread. They can do real money online betting and NFTs during the season.

Start a bookie business with the help of Bwager.com today!