The swimming event is one of the highlights of the Summer Olympics. This year more people would be looking at Tokyo Olympics swimming sportsbook odds than ever before. Thus, we came up with an article to help people know more about betting on swimming during the Summer Games.

A sportsbook software doesn’t try to get the odds right. Instead, it tries to find the middle of the public opinion among players. Thus, odds can change before the start of the event. The sportsbook tries to attract wagers from both sides to reduce risks and optimize profits. 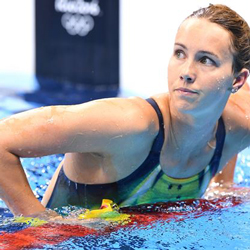 Anton Chupkov in 200m Breast Event – Anton Chupkov holds the record in the 200m Breast Stroke. However, he doesn’t get respect from players. He has a +200 odds, which is behind Zac Stubblety-Cook, whose odds is +185. According to a white label sports betting solution report, the latter hasn’t won any medal from any international event.

Maggie MacNeil in 100m Fly – Maggie MacNeil is another World Champion who doesn’t have good odds. After upsetting Sarah Sjostrom in the 2019 World Champ, she hasn’t won anything. Thus, her odds are +330. The top odds go to Torri Huske with +122.

Xu Jiayu in 100m Back – The men’s 100m back event is wide open with four strong swimmers. However, many players overlooked Xu Jiayu despite his winning record. He won the Olympic Silver Medal in 2016. Yet, his odds are +400.

Mixed Medley Relay Event – the mixed-gender relay race is a new event in the Olympics. Thus, sports betting odds are all over the place. According to the best sportsbook pay per head for football and swimming, the US is the favorite at -172. China is second with +255. Their team broke the record for the event nine months ago.