After several years of discussion, the Senate voted in favor of the Massachusetts bookie bill. It would legalize sports betting in the state. First, however, lawmakers need to reconcile several differences between the Senate bill and the House bill passed last summer.

Senate President Karen Spilka took heat as of late, including from House Speaker Ronald Mariano, for delaying the passing of the bill in the Senate. She said she needed to guarantee agreement around any regulation she brought to the floor. Also, it seems she secured a compromise when senators approved the bill via a voice vote.

Senator Michael Rodrigues said the bill went through a thoughtful process that accounted for the lessons learned from other states. Also, he wished that they had acted sooner. However, he’s convinced that their sports betting law would become the standard for responsible sports betting in the US. 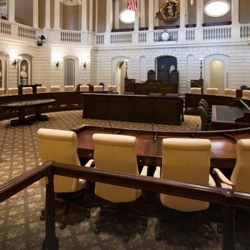 According to pay per head experts, the Senate bill would produce an expected $35 million in yearly tax income for the state. The law would allow individuals 21 or more to wager on pro athletics. Also, they can do so at the state’s casinos, opening parlor, and six other retail sportsbooks. In addition, it will enable online and mobile bookie software apps in the state.

As per BookiePayPerHead.net sources, the Massachusetts Gaming Commission would direct games wagering and permit the administrators in Massachusetts, and the Senate bill would require various customer shields to safeguard against issue betting like those set up for gambling clubs when Massachusetts extended gaming in 2011.

Be that as it may, the Senate bill varies from the one the House supported the previous summer in a small bunch of enormous ways. For example, it doesn’t allow betting on college sports, higher tax rates, and restrictions on sportsbook marketing during live games. One week from now, the House and Senate could delegate a meeting advisory group to work through the distinctions, fully intent on having a compromise bill before the July 31 deadline of formal lawmaking for the year.