A second Ohio sports betting bill is expected to go through Senate in the next couple of weeks. Lawmakers are attempting to legalize sports wagering that can potentially earn millions of dollars for the state.

According to PricePerPlayer.com sources, lawmakers want the sports betting bill to become law by 2021. Senator Kirk Schuring expected the bill to pass Senate in a few weeks. Also, he ended the last hearing on the topic in the Senate Select Committee on Gaming.

The Select Committee has been tackling sports betting every time there’s some free time since January. During the last hearing, dozens of witnesses spoke on whether the state should legalize sports wagering, how to regulate and tax it, and where the revenue should go. 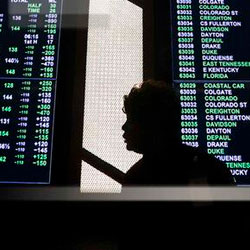 At present, Michigan, West Virginia, Pennsylvania, and Indiana have legal sports wagering. Also, the states attract hundreds of millions in sports betting profits each year. According to a sports betting software provider, other states gave skins to casinos. In turn, they partner with online sportsbooks. Pennsylvania has the highest tax rate at 35 or 36 percent. Most states have tax rates of around eight percent.

According to bookie pay per head providers, Ohio started the process of legalizing sports wagering in 2019. It was after the Supreme Court allowed states to regulate the activity within their jurisdictions.

However, previous efforts failed. In 2020, lawmakers can’t decide whether the Ohio Casino Control Commission or the Ohio Lottery would supervise the new industry. Last Wednesday, the Ohio Harness Horsemen’s Association suggested that its regulator should run the state’s sports betting industry.

The Ohio State Racing Commission lacks funds and doesn’t have the staff to oversee sports betting. Thus, lawmakers are not contemplating giving the regulator more responsibilities.